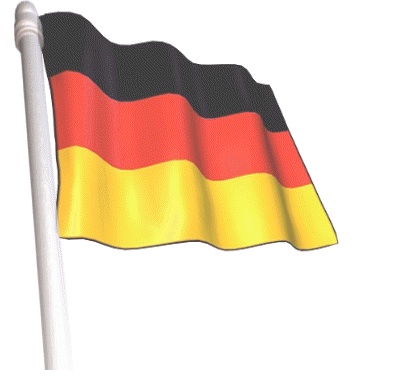 Today, October 3, is the 22nd anniversary of the treaty that unified Germany, almost one year after the fall of the Berlin Wall. Interestingly, The Day of German Unity has been celebrated in Western Germany for a really long time (since the 1950s, at least). It used to be celebrated on June 17, which was the day of the Uprising in East Germany (amidst a significant brain drain and religious oppression, a bunch of workers went on strike against increased work expectations, and were violently squashed (after much effort)) by the Soviet groups/army there). I think it is pretty cool that West Germany continued to celebrate that, knowing that the spirit of (at least some of) the people wanted to be treated more fairly/freely. The idea of a unified Germany became a goal in the middle of the 19th century, and it became a reality only 22 years ago.

Unfortunately, I don’t think deeply about a lot of things that don’t directly affect me. I was in the 9th grade when the wall came down. I remember Mrs. Overstreet (my overzealous English teacher) screaming at us that what was happening across the pond was enormously important (this is the same woman who would not let us refer to the large index of vocabulary known as the “dictionary” by this name; we were required to call it a “lexicon.” Perhaps some of my ignorance could be considered a reaction to her, although I did end up learning a whole ton from her). I also remember thinking (in my young 14-year-old mind), “Well, they shouldn’t have ever put it up to start with, so I don’t know what the big deal is.” I had no idea. I really bought the if-it-isn’t-happening-here, it-must-not-be-all-that idea. I hope it was just that I was 14. Seriously. I have to admit this publicly or it will be a scourge on my conscience. One of the big things that living here (even for just a few weeks) has taught me is that there is a whole world that does not, in fact, revolve around me or my people. Not that I didn’t know that already, but I think that there is some relic of human development that means that if it doesn’t affect me/if I don’t see it, it’s much harder to grasp or understand.

Anyway, almost a year after the wall came down, they signed the treaty that created the Federal Republic of Germany, uniting East and West Germany. Can you imagine the work it took to create a new country by merger? And  a merger of 2 radically different approaches? I can’t. And I can’t believe that it has been as relatively smooth as it has been, although I know that there were significant struggles. 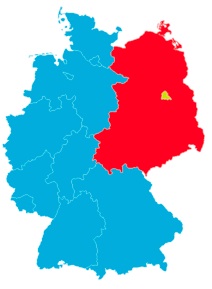 Guess where we are? I’ll give you a hint: it’s the same state hosting the National Celebration this year – Bayern.

Many people compare Day of German Unity to our 4th of July, and this is appropriate, but not entirely accurate. In American, we DO the 4th of July. Cookouts, parties, decorations, fireworks, apple pie, anyone? Mike ate lunch with some folks at work this week and inquired as to their holiday plans, and was told that they intend to sit around and complain about taxes. No fireworks there, folks… 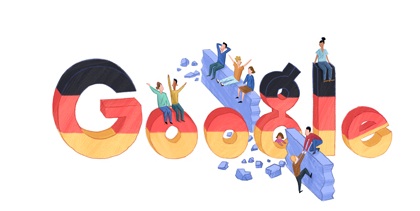 Every year, the national celebration rotates to the city that is the home of the state that is presiding over the Bundesrat (one of the legislative bodies) that year. This year, that means that the national celebration is in Munich. I hear that Berlin pretty consistently has a celebration, as well. Other than that, I guess most people are complaining about taxes while not going to work.

On that note, hooray! We are in Germany! Mike has the day off! 🙂 We are off to explore! 🙂