I come from a particular way of thinking about and selecting words with some consideration, and my use of grammar is intended to both smooth the way for those words and, at times, to highlight those words. Thus, when I title the post “Mexican” night, it is truly my intention that you read “Mexican” with the quotes around it. These could be thought of as air quotes, if you like, meant to denote that the food was called Mexican, but really may have been something else entirely.

Before I go any further with that, though, I thought it best that I share a quote:

“Expats who can only criticize the country {and the food, added for emphasis} in which they choose to live are like a sailor who demands the wind blows only according to his skill.” ~ T. Crossley

I am not writing to criticize the food. Really, I’m not. It’s more about my denial, I think. In our cross-cultural training class, the instructor made very clear that we should not go to Germany thinking that we would find an abundance of Mexican restaurant options, or quality Tex-Mex options period, because that simply is not how Germans eat. I heard that as a challenge. As Mike would endorse, there is something in my brain that hears any statement and transforms it into a competition. Like, “oh, He couldn’t find good Tex-Mex, but that’s just because he didn’t try hard enough. I bet I can.” Clearly, I was (am?) in denial.

I went grocery shopping with one of the other wives (taking advantage of our extensive knowledge of the local grocery options), and when we saw a selection of Tex-Mex foods, we both dug in. Black beans (in chili sauce), flour tortillas, “Guacamole Dip,” “Texicana Salsa.” (Please note the careful and intentional use of the quotes, both as the actual names of the products and for the aforementioned quality that this isn’t exactly what I would call guacamole or salsa.) I thought that we were set! I asked Christina to grab some cheese when she went back to the cheese aisle, and she came back with something called “Pizza Käse,” saying that it was the closest thing she could find to go with the taco/burrito fixings we had assembled. I should have taken that as my first warning sign. But why?? When ignorance is such sweet bliss (I exaggerate, but you get the idea). 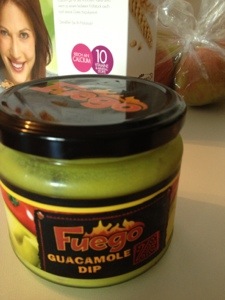 “Guacamole Dip” clearly is a euphemism for something else all together. 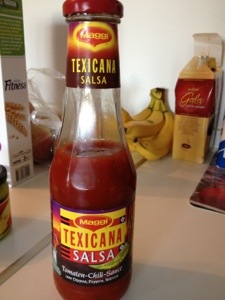 It is labeled “tomaten chile sauce” – tomato with peppers sauce. It is what it is. 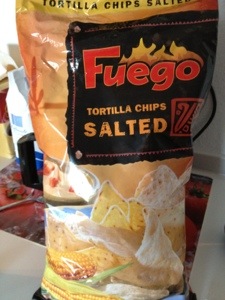 Mike, who is usually very tolerant of products and tastes and hates the idea of “wasting” (quotes because his idea of wasting and my idea of wasting are sometimes differently defined; I think its wasteful to eat something that you don’t like, need, and/or want; he thinks its wasteful if it doesn’t get eaten) so much that he actually ATE the burned but raw inside pancakes, decided that he would just throw away the remains of our “guacamole dip.” Can you imagine?!? The “Texicana Salsa?” Tasted like ketchup, with some peppers (although not hot peppers) in it. Mike similarly compared the tortilla chips I’d been so proud of to the taste of Bugles. Only they are shaped as triangles, rather than bugle-shaped (if, in fact, that is actually what a Bugle is shaped like; I’m assuming here).

Upside: The produce here is really awesome, and is fairly cheap. So, we had really great lettuce and tomatoes last night. The tortilla wraps were pretty decent, too. I give up, though. Tex-Mex food is obviously not meant to be. I hereby surrender, and I will, at least until the next pancake adventure, go with the German way of things (minus the pork, because this vegetarian just isn’t going to go there).

The only crisis that is (known and) still forthcoming is the weather, and it is something that I’m quite aflutter about. The temperature here on Thursday is predicted to be 4. Yes that is celsius, and before you go breaking out your conversion calculators, I’ll tell you that it is 40 degrees Farenheit. In September. I haven’t fully developed my strategy on dealing with that yet. Hot chocolate. Layers. Hot chocolate. Any other ideas? 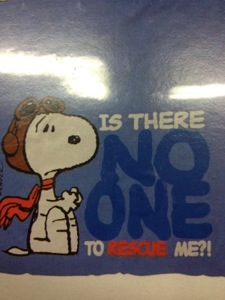